If INFINITY CRYSTAL was the classic/90s Final Fantasy style RPG, and INFINITY CRISIS was its action-oriented spinoff, this is the the soundtrack to a crossover fighting game bringing together characters, and also musical themes, from across the series.  I literally used themes from Crystal, Crisis, and various of my personal projects and made-up games going back to the early 2000s, and created new arrangements ala Dissidia Final Fantasy, which, not uncoincidentally, I started playing a lot of last year.

Contains 29 themes, including 10+ battles, corresponding main/world-map themes, some emotional/story pieces, and things like victory and defeat music.  A variety of styles and genres are covered, but there's also coherence and a shared sound between a lot of the pieces.  Ensembles re occur, e.g. there's a string quartet (+ piano + band) that pops up a few times.

I've been thinking of this as for a "fighting game with RPG elements" - or perhaps it's an RPG with lots of action, or something else entirely, wherever your imagination takes you.

There's a sample size version containing 10 tracks available for free here.  These are the ones you hear on the trailer.  The rest are....

Download is available as ogg or wav files; they loop where appropriate (not fade out as in the bandcamp album version.)

You may use these tracks in your game, and promotional/marketing materials for that game.

You must credit me, Sara Garrard. If you are distributing on itch, link to my profile, sonatina.itch.io, on your game page.  In other situations, a link to my website, sara-garrard.com is appreciated but not required.

Some of these tracks are all-new arrangements of previous pieces that are also available in music packs!  so if you would like to take advantage of the "crossover" feel, do check them out......

The Absolute, Unstoppable and Beyond are originally from Angel Bird: Space Combat

And Arrow to the Sky first appeared as a short piano piece on Night Lights.

Other tunes are from my own personal projects that weren't released anywhere except for my website as MIDIs many years ago!

You can also buy this album on bandcamp (if you only want to listen to it, this way is cheaper) or listen to it on Spotify and elsewhere.

In order to download this music pack you must purchase it at or above the minimum price of $24 USD. You will get access to the following files: 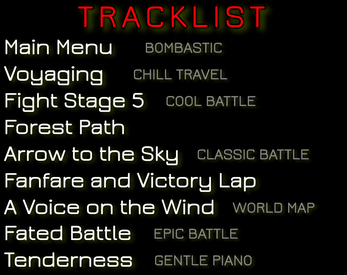 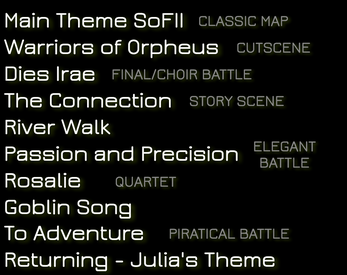 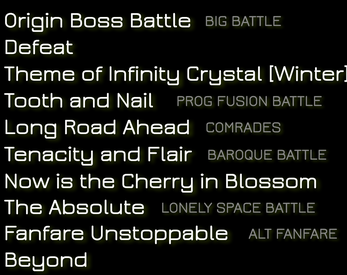